The best way to set up dependencies in Asana

Written by Todd Cavanaugh
|   June 21, 2018    |
Filed under:   Best practices
The best way to set up dependencies in Asana2018-06-212020-02-17//projectmanagementpros.com/wp-content/uploads/2019/02/project-management-pros-logo-dark.pngProject Management Pros™https://projectmanagementpros.com/wp-content/uploads/2018/06/Using-Timeline-for-Dependencies.jpg200px200px
0

With dependencies in Asana, you can mark a task as unable to start until another task is completed. After a task is “Marked as Dependent On…”, it shows a shaded, yellow box with the details about the task that must be completed first. Once the predecessor task is completed, it triggers a special notification in the Asana Inbox that the successor task can then be started. (It also notifies you if the date changes on the predecessor task.) 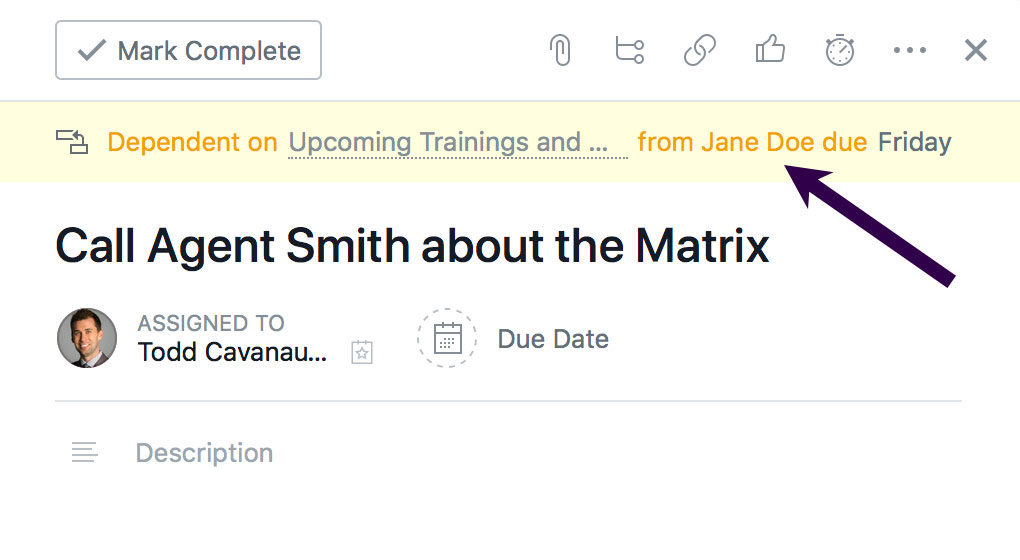 The yellow box lets you know you can't start a task until another task is completed.

Dependencies are helpful when planning out projects, especially when using templates that map out the final tasks in a workflow that can’t be started yet. But the problem has been that setting up dependencies through the task details pane is time-consuming. You have to click multiple times in the task action menu and type the name of the task you’re waiting on. This made it challenging to use in day-to-day work.

Use the drag-and-drop interface to set dependencies in Asana.

How to set dependencies in Asana’s Timeline

If your project lends itself to a waterfall approach (logical, cascading steps), you can easily schedule your project in the Timeline and set due dates (due dates are very important in Asana). From here you can hover over a task, grab the connector icon, and drag it onto another task to set the dependency. What used to sometimes take 10–15 seconds or more now takes less than a second. Nice!

You can make one task dependent on as many tasks as desired by repeating the drag-and-drop action onto other tasks.

It gets trickier when projects lack due dates or contain subtasks

Let’s say you have a bunch of tasks and subtasks in a project that you want to set up dependencies for, but you’re not ready to plan all dates yet. Here’s a workaround we developed: 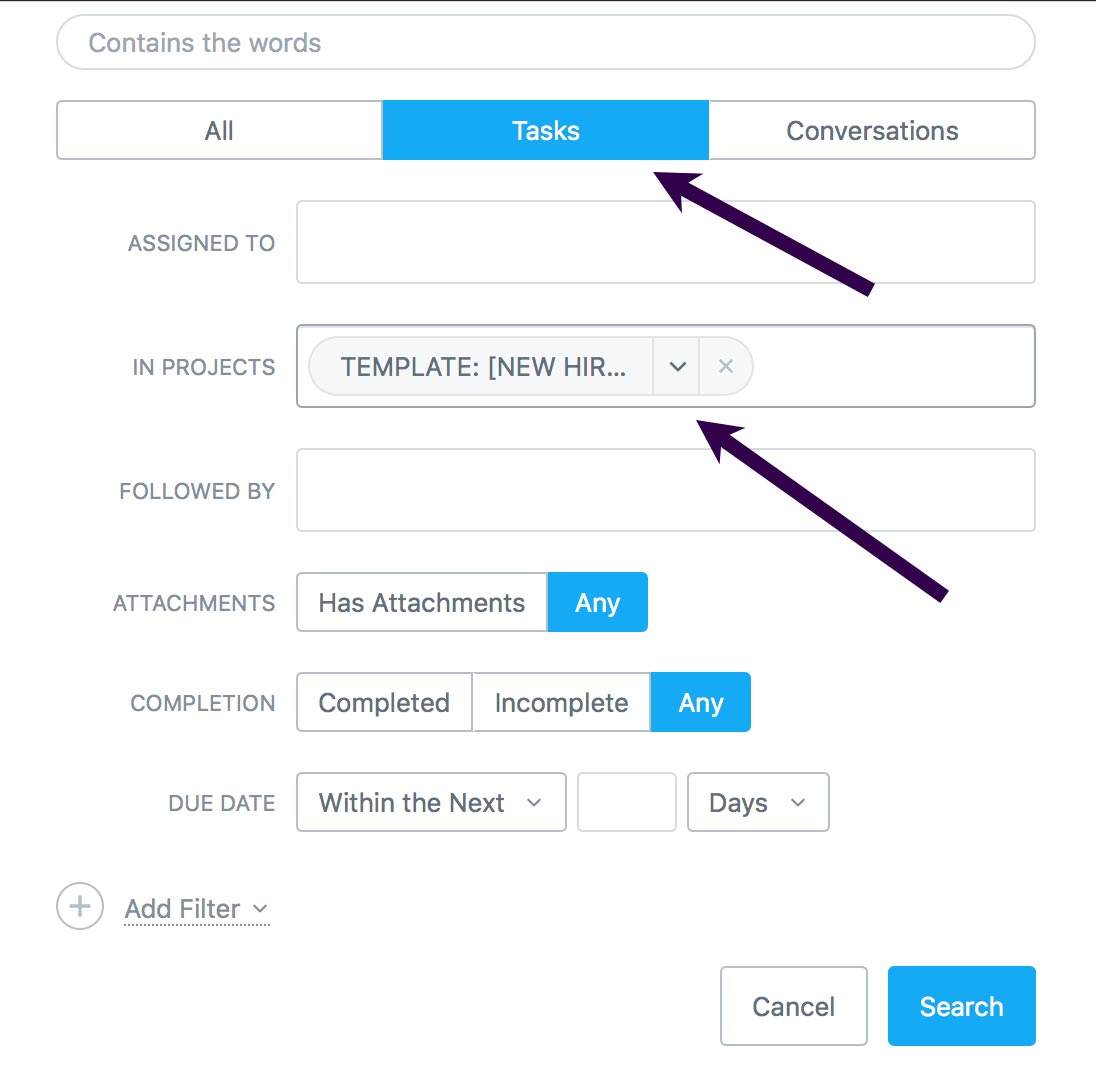 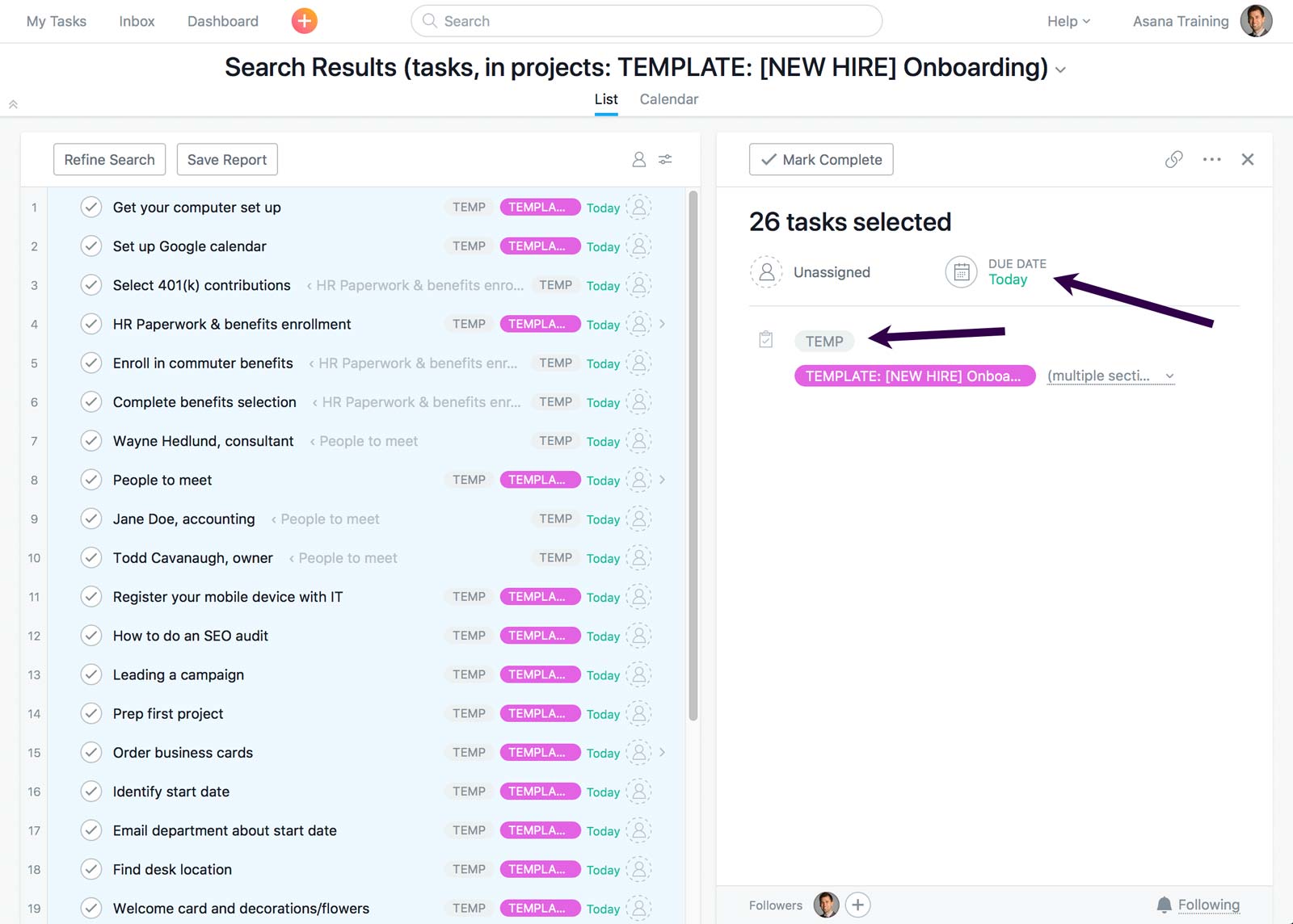 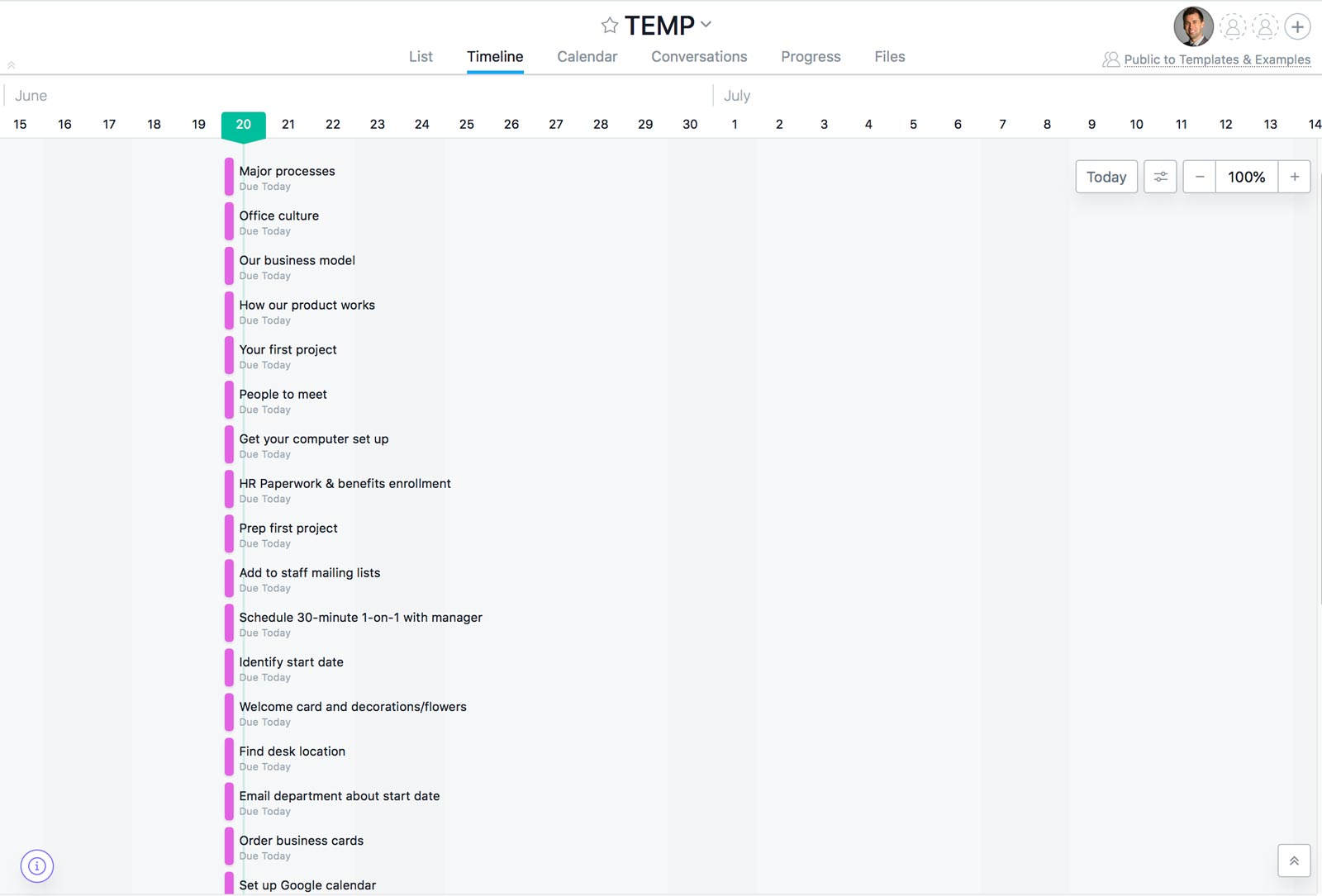 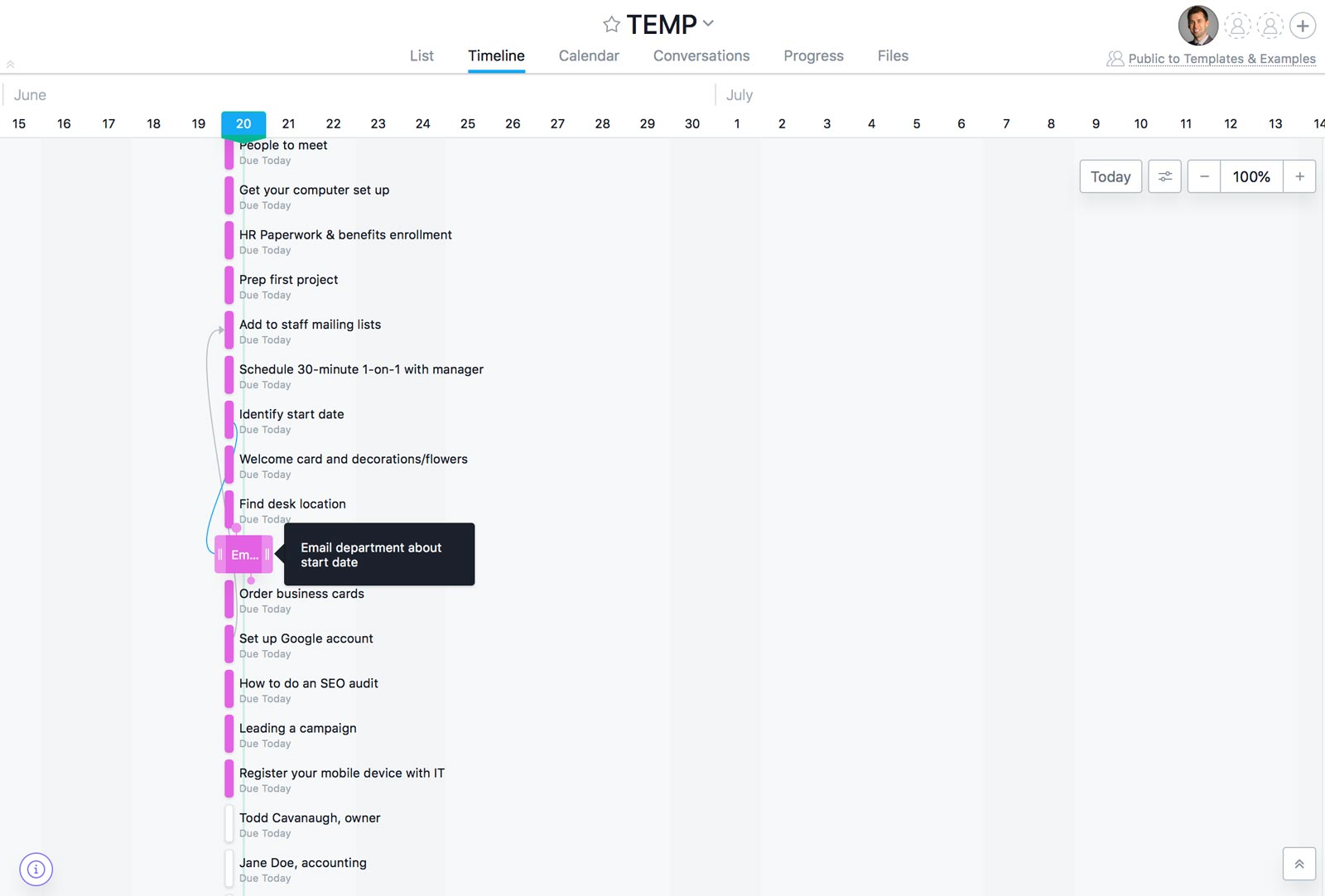 This workaround will enable you to take advantage of the drag-and-drop interface which saves a lot of time when trying to set up dependencies for 25+ Asana tasks.