Apple iPhone and iPad users can rejoice because Asana has finally released offline access for iOS apps. Android users have had offline access since April 2016, but with this latest iOS update over 99% of smartphone users can now use Asana offline.

This is great news for frequent flyers and people in geographic areas with sketchy reception. It seems all of the most important functions are capable in offline mode, including:

Even in offline mode, you can’t view information you haven’t accessed in the app before. So make sure you browse the projects you want to work in before you flight, for example. 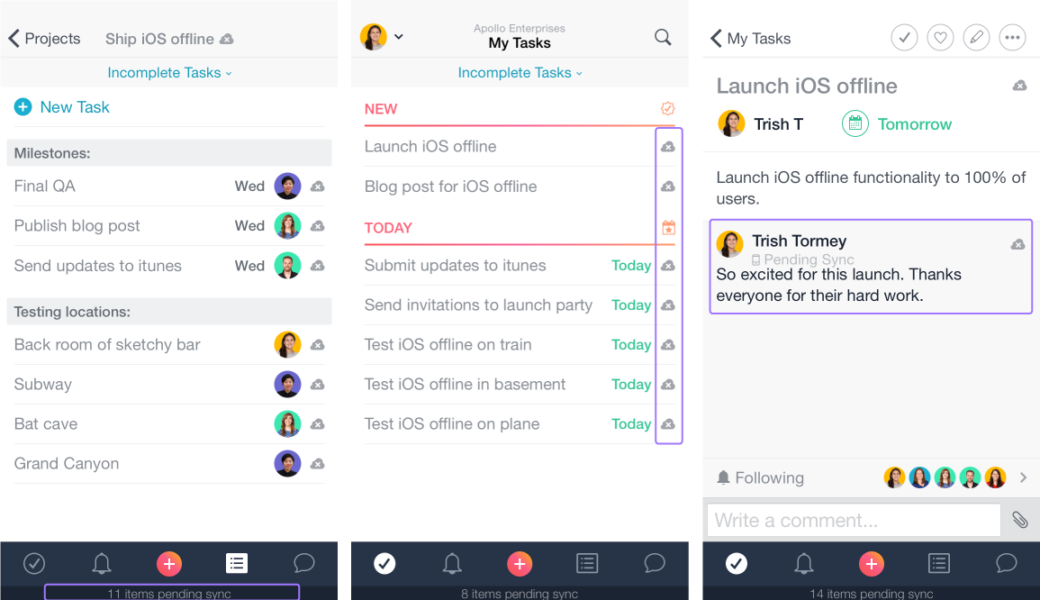 Image from the Asana blog.

What do you think of the offline update? Have you run into any issues?